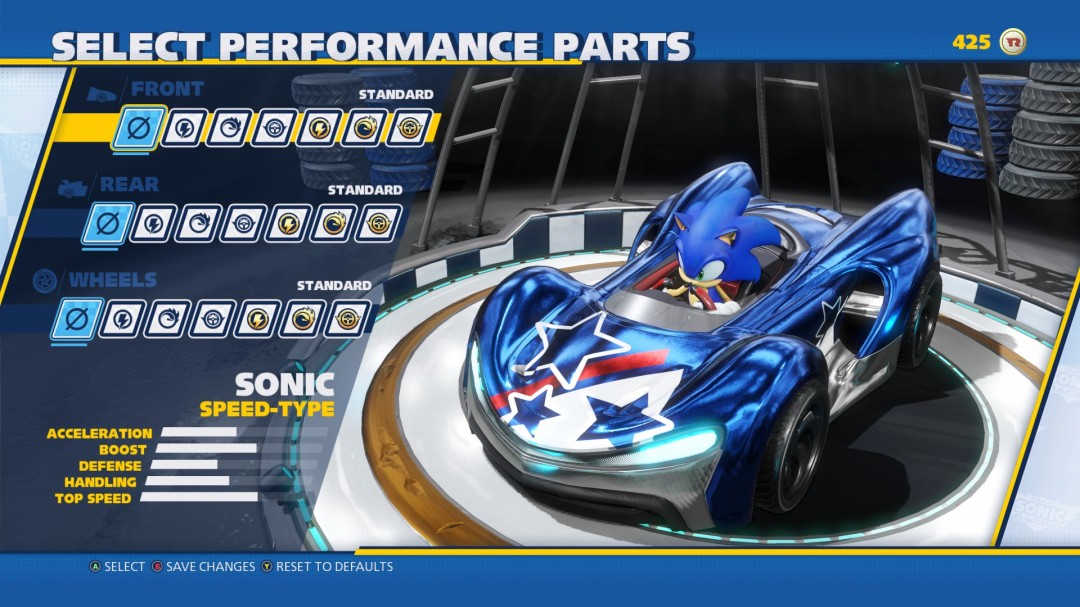 Team Sonic Racing developed by Sumo Digital and published by SEGA is now available on PC, Xbox One, PlayStation 4 and Nintendo Switch.

Team Sonic Racing feels like a Sonic Heroes throwback but now you’re racing each other in cars. Team Sonic Racing is basically the aim of the game, you must work together to get first place. This includes handing each other item boxes, using each others slip streams to sling shot yourself forward and using special team power-ups to win. I felt though that while sometimes I wanted to go solo and concentrate on just winning in single player, but I quickly learnt that if all your team get to the top it basically helps you win and sadly I didn’t win due to being selfish. Once I got use to the mechanics online and offline it all made sense but I still didn’t win online at-least. The online side felt so great putting your customised cars on the track and working together to come first. Seeing other teams working together was fantastic as well because Team Sonic Racing feels like it has multiple strategies and seeing those used gives you the chance to learn and progress forward.

The racing itself feels just as good as the classic Mario Kart, I compare it to Mario Kart because its the biggest kart racer on the market and Nintendo has worked out the perfect formula and any kart racer that releases I feel needs to at-least meet the same standard of quality to compete. Team Sonic Racing controls feel fantastic, the karts drift well, steer perfectly and the races due to this great control scheme just works out really well. What’s a racing game though without beautiful graphics and a soundtrack to get the race even more pumped up? The titles music is brilliant, a mix between remixes of old Sonic tracks and new ones. Each one fits right into the tracks aesthetics. Each track also feels reminiscent of older Sonic SEGA games which is a nice throw back.

Team Sonic Racing deserves success because its just as good as the kart racers that are on top in the industry. While their are a few bugs here and there it’s a really exciting thrill ride. I can’t reccomend it enough to people that enjoy a good time with friends and family.