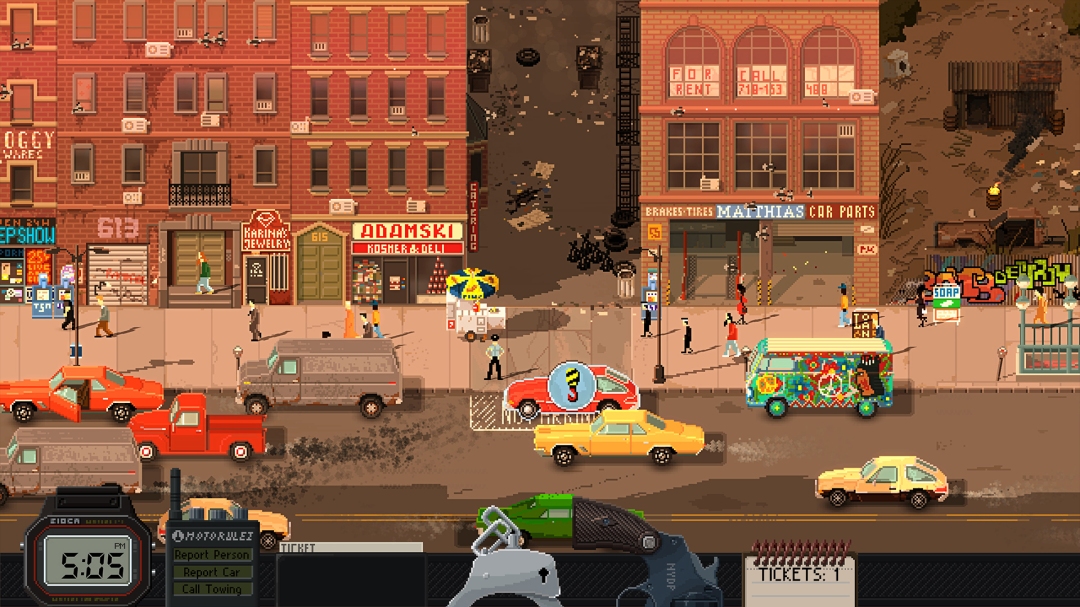 Beat Cop on PC, Android and iOS was highly rated on its release, so much so that 11 Bit Studios has announced that Beat Cop is coming to console March 5th 2019. The title is named Beat Cop: Console Edition. A trailer features below:

Beat Cop is a retro, pixel art style adventure that is set in New York and takes inspiration from the good old 80’s cop shows.

Players will take on the role of Jack Kelly, a man framed for murder, he will have to climb up the ranks again from a regular Beat Cop and find out who set him up. Players will explore the cities darkest corners and uncover its secrets in this funny but dark videogame story.

A list of features is listed below from 11 Bit Studios:

“NONLINEAR STORY WITH MULTIPLE ENDINGS Someone framed you and nobody cares about it but you. Turn every stone in this city and find out who did it. The further you investigate, the more missing pieces of the puzzle you’ll find, but be careful. Some things should never be brought to daylight.

“THE ESSENCE OF ’80 COP SHOWS Have you ever dreamed of being one of the heroes of cop movies? Of course you did, like all of us! Now you have a chance! Stay vigilant, be smart, but remember that if this won’t work, you can always do some old school jaw wrecking. It’s the ’80s after all! THE HUMOR THAT YOUR”

“MOM WOULDN’T APPROVE Be sarcastic. Be gloomy. Be whatever you want. There are thousands of things in this world you can laugh at, and even more, you shouldn’t, but who cares. It’s a jungle out there baby, and sometimes you just need something to release the stress.”

Will you be picking up Beat Cop: Console Edition?