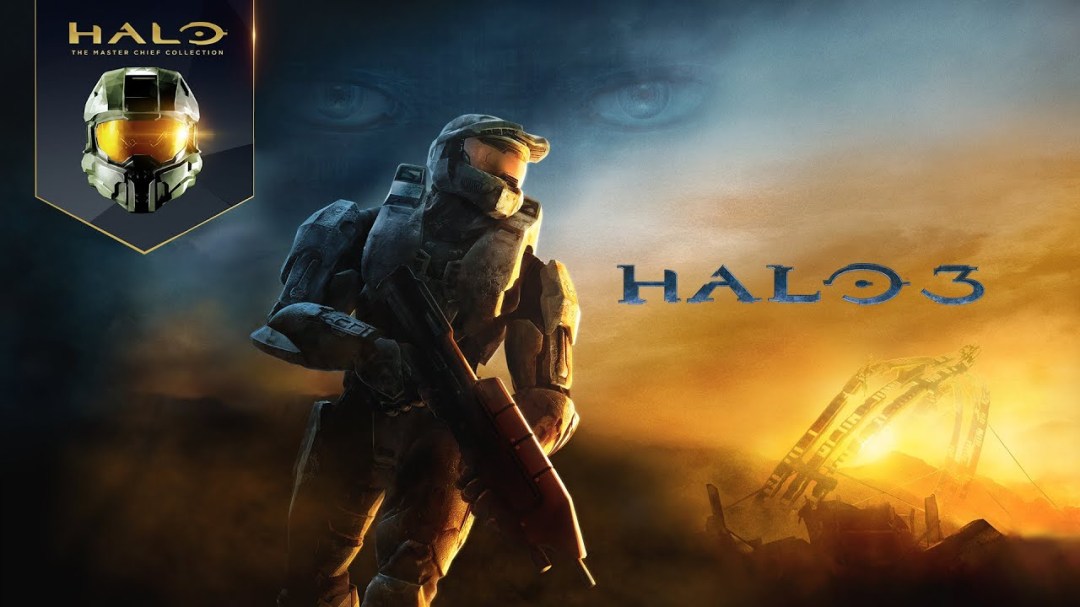 Halo The Master-chief collection has been remastered by 343 industries and published by Xbox and is available on Game Pass, Windows 10 store and Steam. Halo 3 is the latest in the series to have been remastered and released.

Two weeks after the events of Halo 2 Master Chief enters the Earths atmosphere and crash-lands in East Africa. It turns out that the covenant has dominated Earth but in the ranks rages a civil war. The Elites have separated from them and have become sympathetic to the humans, sadly the flood has also entered the battle. In the conclusion to the original trilogy Chief must save Planet Earth at all costs. The story was brilliant on the Xbox 360 and it is fantastic now. I felt that Halo 3 was the true highlight of the series with its twists and surprises, a definite step up from Halo 1 and 2. It always left you craving more and 343 Industries when they took the reign really stepped up to the mark.

Master Chief is back once again now on PC in a fully remastered 4K coat of paint, but does it hold up so many years later? Short answer yes, it does while the story hasn’t changed from trying to stop the covenant once and for all the fresh coat of paint On PC is an enhancement that is very welcome and it truly feels like it belongs on PC just as much on Xbox with the mouse and keyboard controls. Halo 3 was my first proper introduction into the Halo series, I’d never tried the first two but the third looked right up my street so with my college allowance. I pre-ordered Halo 3 and fell in love on the Xbox 360. Halo 3 was a game where I felt like I had so much freedom in what I could do with the number of weapons, gadgets and vehicles at my disposal. Do you prefer long-range sniping? Bungie made sure to give you the option to with wide-open area’s to battle the covenant in. Want to launch enemies flying into the air with a close combat hammer? You can do that as well! With so much freedom it makes the Halo series very replayable even in the year 2020. I have to admit that my favourite parts of Halo 3 were the ones that gave you access to vehicles and while the Warthog was fun, you couldn’t beat ramming into the enemy at full pelt with a chopper and seeing the beautiful carnage that you’d left behind you, it’s hard not to laugh at all the chaos. I always loved the pacing of Halo, it always threw it around by introducing you to new and stronger enemies along the way and never stopped surprising you.

Playing it on a 2060 RTX let me play the game in full 4k resolution and it ran at a smooth 60 fps through-out even in action-heavy sequences. you’ll be thrown into some pretty epic fights so I’m glad that the PC port could handle it nicely. While some parts do look slightly aged due to not being a full remake and rather just a remaster with upgrades it still looked great getting to explore it all again and now we’re not on an Xbox 360, the PC and Xbox One is able to really make it look better and feel better and even notice little details you didn’t the first time around. The audio has also been enhanced and listening to the grunts scream at you as you perform each action is still as hilarious as it was back then. I loved hearing the ships overhead, the vehicles glide past me while I was trying to help the chief complete his main objective. I really loved being back in the true classic that Bungie had created. 343 have done an incredible job to bring this series not just to the Xbox One but also the PC opening up the series to so many people that had possibly missed out the first time.

It’s really good to see 343 industries still supporting the series and letting us PC gamers have a crack at it. For those who missed it on the Xbox 360, I cannot recommend it enough to give it a try. Halo 3 is the latest addition to the Master Chief Collection with more still to come. The only fault I could truly find was it looked slightly aged in some places but this is a truly near-perfect port of a fantastic series. It’s really good to see Microsoft releasing titles and exclusives to not just the Xbox anymore but also the PC and later Cloud Gaming so even those on mobile devices will be able to experience all these games. I feel it’s a definite step in the right direction, if this is the quality of remasters, I can’t wait to see more down the line from 343.

If you prefer to watch the video review, you can do so HERE.