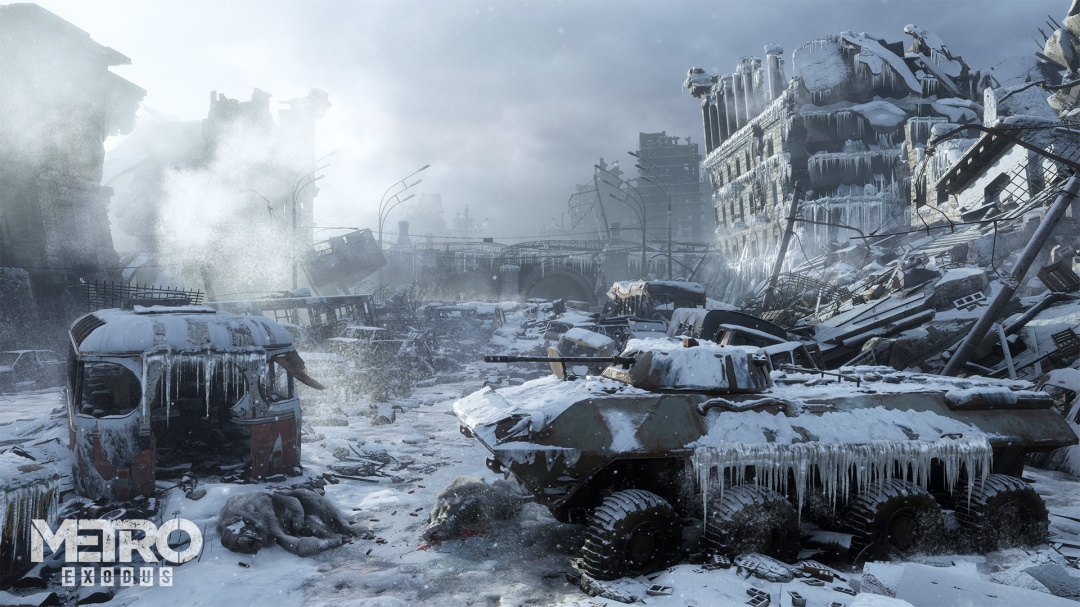 Metro Exodus starts off in the heart of Metro we all know Artyom is trying to make contact with the outside world in hopes of saving the people of the Metro. However, Miller denies that there is anybody stating that Artyom is being foolish and putting himself at risk for nothing. Artyom being Artyom will not let this lie, and after discovering people from a village beyond Metro, his beliefs were proven true.

At the moment the story is already off to a strong start, I won’t go into to much as I don’t want to spoil it for you but Metro Exodus opens up the world so much more and you really get to see the actual world in this apocalyptic reality. Atryom, Miller, Anna and other characters will help carry the story each with there unique personalities and interesting dialogue. I felt that each character had been so fleshed out aboard the Aurora and it was really interesting to hear their stories, opinions on what’s going on and just getting to know them. Metro Exodus really lets you establish relationships with these people that you’ll be travelling with for a very long time. Despite Artyom still not talking apart from narration in the loading screen, you can definitely see the dynamic between them all and the deep care for one another at least in the Winter season area. Online a few other gamers had been worried that due to the on-rails kind of experience other Metro games provided not being present in Exodus that the story might suffer. I can honestly tell you no, the story doesn’t suffer at all, while it has open world areas, the story is fed to you at a steady pace which is enough to keep you interested.

As mentioned earlier, some people were concerned about Metro now becoming way more open than the predecessors. It feels very different but I do enjoy the change. We’re getting to see the world beyond the Metro, seeing how others coped with the war and seeing how the lands were shaped. The freedom to go where you want, see what you want to see and that to me offers choice, the choice is what strengthens games in my opinion. I do miss the Metro but the team at 4A Games provide enough little dungeon areas to still give you that feeling of claustrophobia and tension. To me, the open world was the way to go but it does feel a little rusty in some areas. Artyom needs speeding up, the movement is really slow, it’s like the game still thinks it’s underground and slow and steady navigation is needed but it honestly isn’t now. The speed of Artyom and combat definitely needs tweaking a little bit. Another negative issue I ran into is fall damage, the slightest little jump can take most of your health away from you, the movement feels really quite sluggish and I believe with slight tweaks it would be perfect.

As I’m only in the first open area in the game, what I have seen is pretty stunning but I cannot talk about later areas yet. All I can tell you is what I have experienced so far is fantastic. The lighting really brings the lands to life, while it is an apocalypse it isn’t half a beautiful one with rotting buildings, new and strange vegetation growth and waters bustling with horrific mutants. It all plays a part in bringing the world of Metro to life and I really cannot wait to see and hear more.

So far I’ve enjoyed my time with Metro Exodus, there are a couple bugs here and there, some issues I think need dealing with but nothing game breaking and it definitely doesn’t derive from the overall experience. I feel taking Metro into the open world was a risk but one well taken, if this is the future of Metro games then count me in.