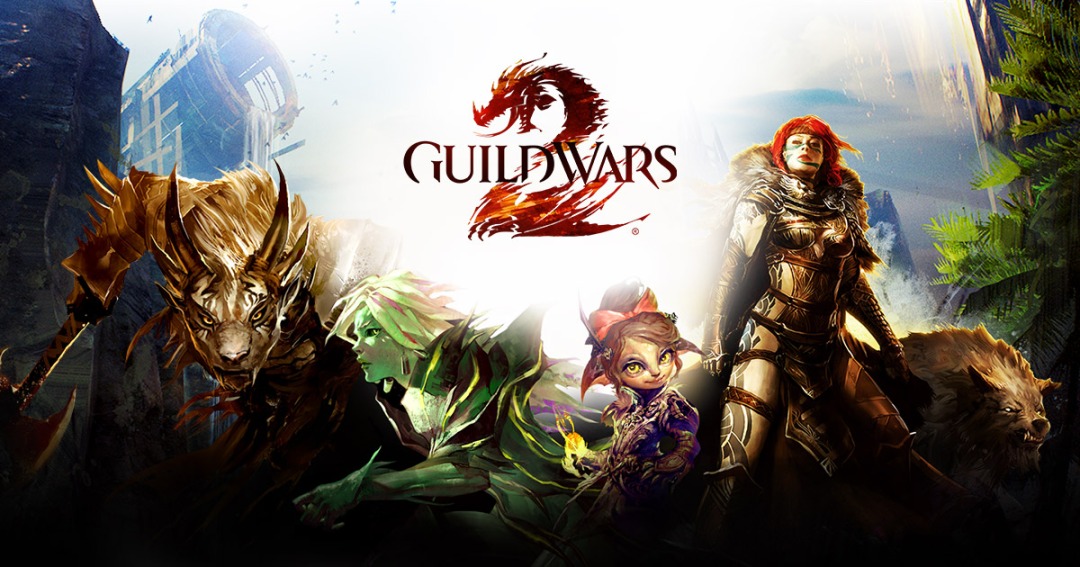 Is Guild Wars 2 Worth Getting Into In 2020 From A Beginners Prospective?

Guild Wars 2 developed by ArenaNet is available free on there website HERE and in November will later release on Steam.

When I was a teen I desperately wanted World of Warcraft, back in the early 2000’s it was all the rage, the MMORPG that always managed to stay on top when others fell. I begged my parents for it but a monthly subscription cost, unfortunately, made it impossible to get into. Fast forward to 2005 the beautiful Guild Wars was born, all you had to do it purchase it once and the MMO was yours to keep playing with a few expansion packs released down the road. I loved this game, I maxed out a few classes and recently managed to log back into it and the nostalgia I felt was amazing. To think the game is still alive 15 years later is incredible. Its systems back then were amazing for being a non-subscription based MMORPG and while now they are slightly dated, I can see why an active community still exists. 2012 arrives and Arena Net release Guild Wars 2, vastly different in many ways to its predecessor and sadly in time I was put off by the changes. It was an amazing game but on release, it felt too different from what we used to in Guild Wars 1 and sadly I put the game down. I seriously regret putting it down because in 2020 I launched it back up after seeing friends play the game and I was seriously and pleasantly surprised by how good it is, and the amount of birthday and anniversary gifts I had waiting was a lovely bonus.

Guild Wars 2 is one of the biggest regrets I have simply because I put the game down way to soon. Over the years the game has received some incredible updates and expansions. Unfortunately, I can only talk about the base game due to not owning the expansions but the base game alone even if you decide just to try the free-to-play option out is just incredible. The game has little to no limitations on its free accounts after certain levels are achieved. Players start with 5 race choices, Norn, Charr, Human, Sylvari and Assura. You then get the chance to customise your character and the character creator is well detailed for an MMO so you can get the perfect looking character to beat the game with. There are a total of nine classes to chose from, Warrior, uses brute force, Guardian, a warrior/healer type, Revenant you’ll need Path of Fire, Ranger uses ranged and melee with a trusty and loyal pet by your side, Engineer has a range of different abilities that are both supportive and powerful, Thief uses mostly stealth and cunning, Necromancer can raise the dead to fight by there side, Elementalists use the power of earth, fire, water and air to defeat their foes and finally Mesmer, they use illusions to trick their foes. The number of classes available is unique and experimentation will find you your perfect play-style in my experience with this game.

While I’m only really a newbie in Guild Wars 2 the community have been really friendly have helpful. It’s wonderful to see the community booming 8 years on and with another expansion releasing next year taking us back to Cantha I am in for the long haul. Right now it’s the Halloween event that is full of interesting mini-games to do and you don’t have to be a high level to do them either which is fantastic. I’ve been mostly trying out the mad king’s tower climb which is fun but difficult. Questing in this game I still feel is different to everything else that has been out but honestly I love the idea that it doesn’t just go here, go there, fetch this, fetch that, it has more freedom of choice approach. Go to this area, perform some of these objectives, fill the meter and you’re done. Exploration is also heavily rewarded and if you complete the area 100% you get special rewards. There is also an array of different type of daily logins rewards, daily objective bonuses, an event themed bonuses and so much more. This game is full to the brim with content and at first, while it is slightly intimidating ArenaNet has done a good job in guiding you forward through each milestone met. It’s also an extremely rewarding game that never makes you feel like you’re missing out for being low level and doesn’t throw many restrictions at you if anything it slowly entices you to do more and more as you go and I think it’s cleverly designed.

I and my partner have been having a blast getting into it, I am truly sold and glad I got back into it now and stuck with it. I can’t say anything bad about the game, it runs well, looks beautiful, all its systems still hold up and it’s very newbie-friendly. There are tons of options to suit your needs in your experience and make it your own and curiosity is rewarded. This is just the first part of this article, as I delve further in and eventually hit the expansion pack points I will talk about it more as I think this Guild Wars 2 journey is going to be a long one. I can’t recommend this game enough in 2020, whether you want a solo experience or to play with others Guild Wars has it for you. I haven’t tried the PVP yet or World V World but the community talks very highly of them both so more articles will come once that side is explored, as I’m only really low level with my chosen character right now I haven’t hit that point. I have a level 60 above in which friends helped me get to and it’s thrilling but I figured Ranger and Necromancers are my favourites so far. Guild Wars 2 is now free to play so… what are you waiting for?