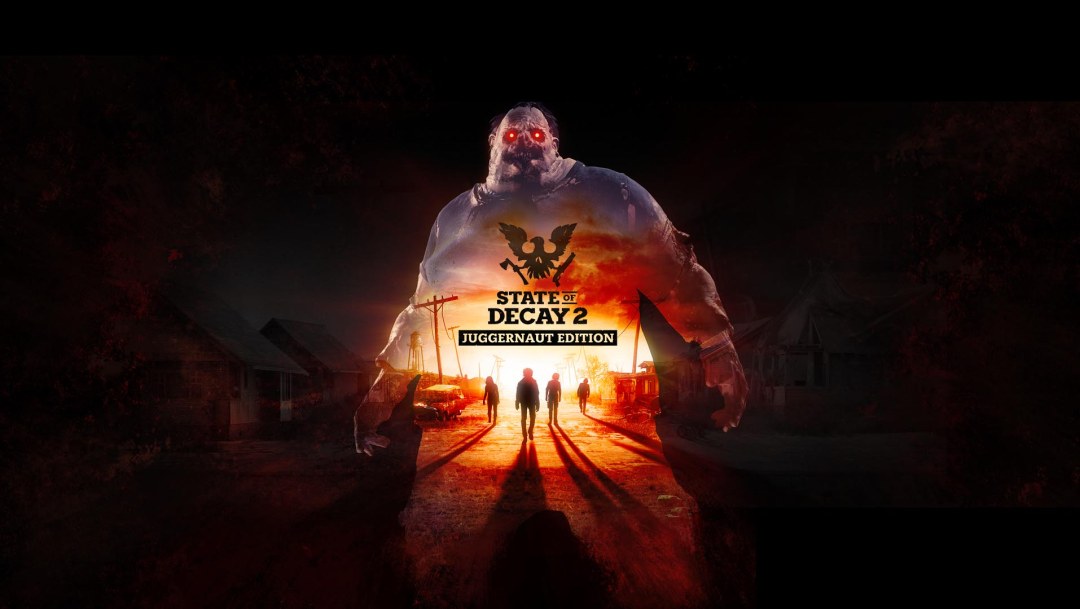 State of Decay 2 Juggernaut Edition was developed by Undead Labs and published by Microsoft Xbox.

Being an avid zombie game fan I was always looking for that perfect zombie survival game that gave you that zombie apocalypse feels, the resource gathering, defending your home, exploring an apocalyptic world and seeing what secrets lay beneath. State of Decay scratched that itch perfectly. State of Decay has you in-charge of a community of survivors who must do whatever it takes to survive. You’ll partake in building bases, resource management, taking on new survivors, exiling ones that cause issues, euthanizing or curing your friends of blood plague and defending your community from the zombies. State of Decay 2 took this concept and upped the ante by adding other communities getting the ability to become hostile, making 4 separate open worlds to establish your presence and have more control over everything else and add more options. Fast forward to the recent Juggernaut update, you now have the extra Providence Ridge map, new weapons, overhauled graphics, UI rework, improvements to gameplay, all previous DLC free and much more. I didn’t think State of Decay 2 could get much better than it already was, I’ve been playing since the update landed and have finally completed a Sheriff Legacy and played some Day Break. Often before I’d play State of Decay 2 for months on end but I always preferred to leave the Blood Hearts in the town because I wanted to see how powerful I could grow my communities but then I’d start over rather than completing the main objectives. I just wanted to survive and that was it. I think for those who may have been previously put off by some of the difficulties the game had at launch but still wanted to somehow get into it that now is the right time for you, it is much simpler and fixed.

State of Decay 2 offers a lot of different approaches through its legacy system that was mentioned earlier. Players can either make the community leader a Warlord who uses force to establish safety within its community, Builder who try to rebuild the world as close as it was before, Trader who believes establishing trade posts and the currency is the way forward and the Sheriff who wants to restore law and order. The Sheriff by far is my favourite, I enjoyed investigating and going out and resolving disputes or taking out bandits. Most of the way through you will make friends with survivor communities for helping them out but sometimes you’ll also annoy others which can create for some interesting gameplay. “Look, Scattered Survivors, I barely have enough food as it is and you demanding food isn’t happening”. It is then your choice to either search local places for a food parcel, grab one of your own or refuse. If they start getting funny with you you can then threaten the Enclave which may end badly for either you or them. If you do get killed though, sorry, that survivor is dead forever, they will be marked with a grave, which I find sad when you’ve put so much work into that survivor. Though it gives you that sense of urgency and makes you all the more careful. Though in Daybreak the online horde mode that gives you exclusive rewards and points to spend for special abilities, survivors and more once you die in that you’ll be passed a new soldier instantly.

State of Decay 2 is a game that offers so much and the developers have been so good in giving free updates, constant streams to inform everyone of the journey and interact with people within the community. I love the way it’s handled and the way everyone talks about their experiences. The free DLC includes the Independence day pack which adds some entertaining vehicles and more, Heartland which takes you back to the area of State of Decay 1 to see how bad things have gotten and features a more story orientated play-through which is filled with tons of shocking surprises and the online hoard mode Daybreak is quite entertaining and lets you earn some pretty cool stuff.

As mentioned before the State of Decay 2 Juggernaut Edition has received a visual overhaul, new lighting system, much clearer textures and upgraded foliage and optimisations. The game looks so fresh and has been designed to look so unique, I never felt like there was any laziness in the game, despite a few buildings looking similar to each other each one had enough differences to make it feel like it was all different. The gore on the zombies has been upped in the update and now blood drips from everything you hit an enemy with. This time round more musical additions have been added and fit whats going on in the game around you, I’m truly quite fond of the titles music. The zombies sound as amazing as ever, and the screamers, well, they can do one.

State of Decay 2 at launch was buggy, it had its issues but I still loved it. As time went on fixes, free updates and DLC was added to keep the game fresh and constantly growing. Undead Labs often listened to the community and kept talking to us and that was fantastic, back then I’d say it was an 8/10 game because you have to be realistic when giving a score, a game with issues sadly can’t get a 10.

BRING on the Juggernaut Edition, which is free to all who own the game previously or have Gamespass, you add the overhaul, the fixes, the new map, the new weapon and make the DLC free (Though don’t worry people who paid for DLC got some pretty amazing free stuff to make up for it) State of Decay 2 Juggernaut Edition to me is a 10/10, easy decision to make. I love it, I have gaming slumps when my mood is low but State of Decay 2 is always there for me with open arms asking me, what would I like to do today in the zombie apocalypse, how do I want to survive it really brings up my spirits, it immerses me so I can forget my troubles in reality and just focus on the world that they have created. Truly this game means a lot to me because it is just everything I want in a zombie game and more. Thank you Undead Labs truly.