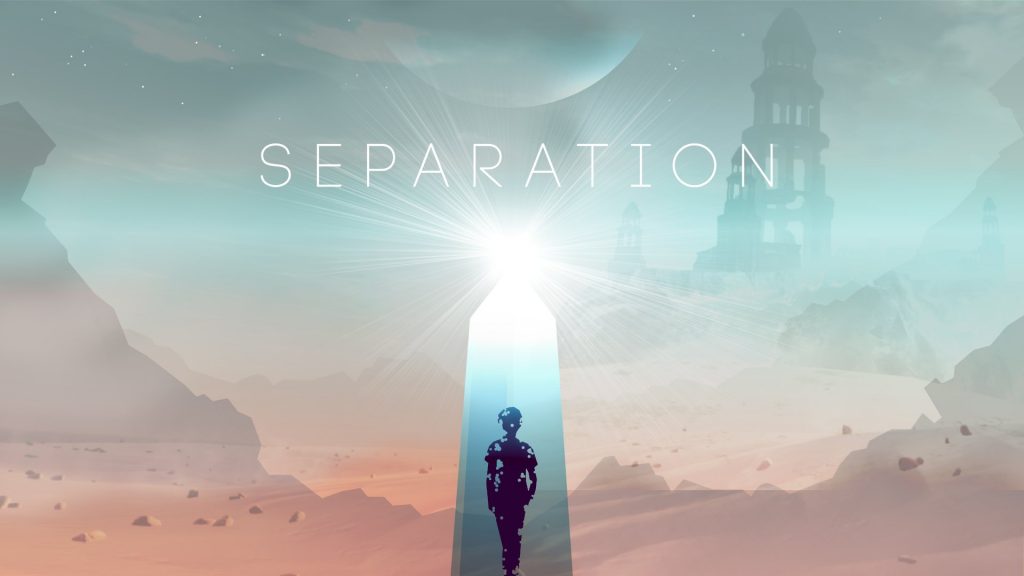 Seperation VR was developed by Recluse Industries and is a solo project by Martin Wheeler.

Separation VR an ambient adventure was created as an escape during Martin Wheeler’s loss of his father in 2010 and his depression. Martin created a world in which he could lose himself in and hopes others might be able to relate and lose themselves as he did. Separation VR’s atmosphere is wonderful, Martin went for a world in which you can explore freely and do the little puzzles at your own pace and discover the game for yourself and not have an overarching narrative taking control of the players intent. The first time I switched it on the art style, structures and ambience was calming and beautiful, a mysterious world that disconnects you from the real world and just leaves you be. You can take on the little puzzles spread around and aim to complete the game or explore. While the exploring, ambience and art is perfection, I had a little trouble with the controls but other than that it is a solid VR title with true emotional meaning and full of heart.

The gameplay in separation consists of exploration and experimentation with puzzle pieces to light your way forward through the game. It isn’t a game that throws stuff at you, it just lets you go at your own pace. I liked the puzzles and it was enough to keep me going and each new section I arrived at had me intrigued and wanting more. Some of the structures are a joy to look at and especially just standing still watching the birds is quite a relaxing experience. As a relaxing VR experience, I can’t recommend this game enough. While it is short, Separation lets you spend as much time as you like within its world whether you want to gather all the trophies, the sorrow collectables or just complete the experience. My play-through was around 3 to 4 hours as I took my time exploring what Martin Wheeler had created.

Separation VR is a game full of heart and a game with good intentions, whether you relate to it or just go on the path of Martin Wheeler’s journey it’s up to you to decide how you feel about it. While it is a short title I felt you could take your time with it, I had a little bit of trouble with the controls but overall as a VR title it’s a very sweet title and I recommend it.