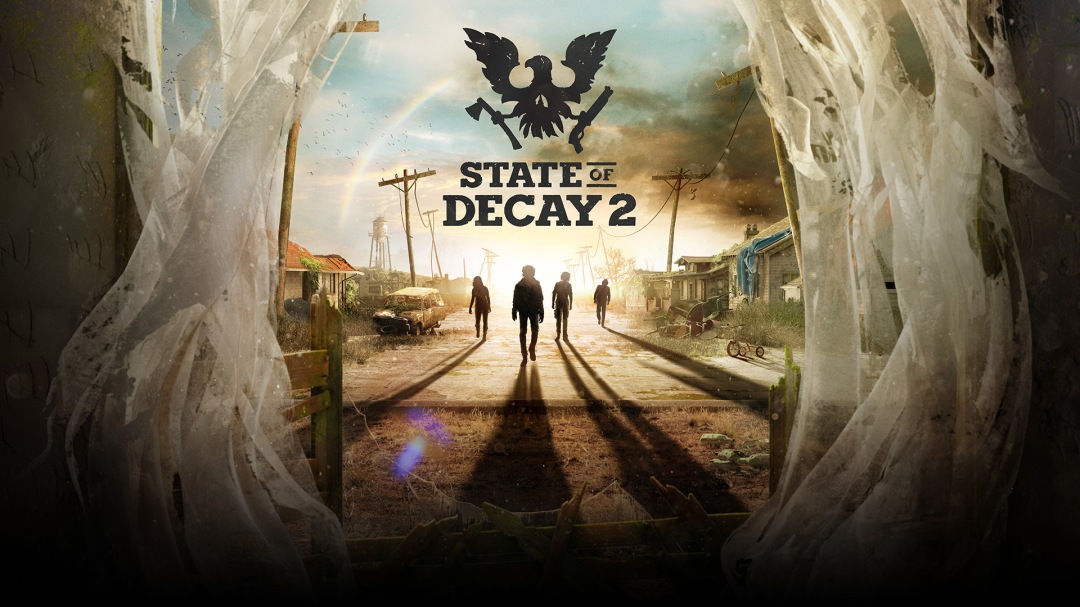 Backlog To The Future – State of Decay 2

Well this week it was supposed to be a Vampyr article on why I never got around to playing it but I got distracted. This week on the fairly new PC I decided to see what State of Decay 2 would run like and I got hooked again.

State of Decay 2 developed by Undead Labs is an open-world zombie survival games and is one of my favourite games of all time. State of Decay 2 is simple, you start with randomly generated survivors that you can pick, each come with traits both positive and negative, skill sets and sometimes unique skills such as law degrees which helps with communication, medical training which helps with medical needs. The system is quite expansive and you can end up with some quite bizarre characters. The survivors will have to be kept safe and alive by you, and you’ll keep levelling their skills up by sending them on missions to help other enclaves, supply runs and much more. You also get overarching legacies, Builder, Sheriff, Warlord and Trader. Each of these legacies has unique missions and benefits and also shapes the way you deal with the apocalypse. For example, a Warlord will dominate and destroy all that may threaten the survival of your people, even if it means killing other enclaves. A sheriff will use peace and try to solve peoples issues by either being a good cop or a bad cop. These options will, in turn, help you gain friends, allies but also cause you to become enemies with some survivors which can lead to intense firefights. State of Decay 2 feels as close to a zombie apocalypse sandbox that you’ll ever get in my opinion, freedom to search what you want, do what you want and overall just live the zombie apocalypse your way.

At launch, there were a lot of issues, a lot, but the premise of the game made me love it despite its downfalls, that’s not to say it was completely excused because it was infuriating at times but in the time since release Undead Labs have turned it into a masterpiece of zombie-killing fun. With numerous DLC’s out and free updates, the game feels more alive than ever with constant streams of content that freshen the experience up every time. Since I logged back in the Bounty Hunter is new and you can now customise your survivors. The paid DLC includes Daybreak which is a co-op zombie horde experience which gives you new items and setups in the main game as rewards, Heartland a story orientated experience that takes you back to the first games open-world and the independence day pack which adds vehicles, weapons and it did change a few zombie appearances at the time to fit in with the holiday. Now I haven’t been able to play the DLC’s myself due to not owning them but by far Heartland looks like one hell of a DLC. It adds so much more to an already full game and throws the formula up by adding all-new types of enemies and obstacles.

Since getting a new PC, I’m able to experience the full look of State of Decay 2 and the effort that has gone into making each of the three open worlds look like they’ve all gone to hell. Each world has different themes, for example, one is in a mountainous town (good lord I’m glad they added the stuck function for vehicles) a farming town and a river/lake town. Each day you survive these worlds keep changing, more zombies appear, more infestations, more blood plague hearts and survivors. By day 5 the world is bustling with things going on and the way it keeps on going forward is what makes me so glued to it. No one play-through is the same and in recent updates with new difficulties and legacy expansions it just doesn’t show any evidence of it slowing down.

Dead Rising use to be my all-time favourite series but State of Decay 2 hands-down took over the spot for me. Those who know me know that I love zombie games and I feel that State of Decay 2 gets as close to the real thing as it gets. With so much to do, so much to collect, so much to experience this is a game that I know I will never put to rest… Unless we get a 3rd Undead Labs… (hint hint). Even then, I’ve barely scraped the surface with 2 because each time I log in there’s a ton of brand new content and fan service. A game that had a rough start to becoming the diamond it is today, if you have Xbox Game Pass, you need to download it, it truly is a good time, if you have spare cash go check out some gameplay videos because this might be your next big game.