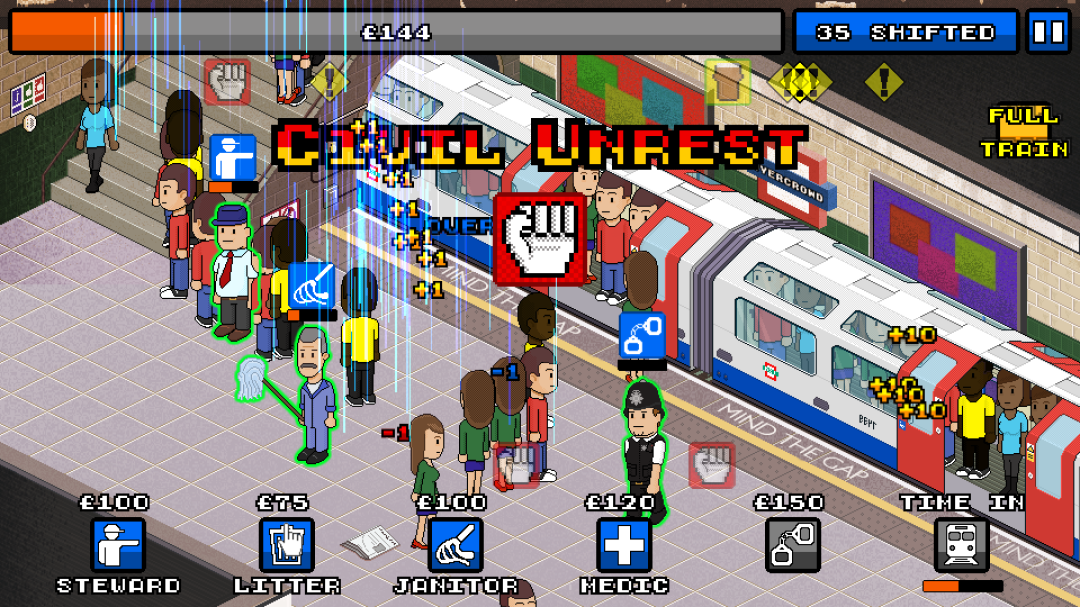 Overcrowd: A Commute Em Up Launches Into Steam Early Access

Developer SquarePlay Games are proud to announce that their title OverCrowd: A Commute Em Up is now available from today on Steam Early Access. A launch trailer features below:

Developers Alastair McQueen responsible for programming and Sarah Testori for the art work wanted to create a title inspired by old classic management sims like Theme Park and Theme Hospital. They both felt that the genre would fit perfectly in a game that is about commuting on public transport.

The developers stated though that they wanted something unique to stand out from the rest of the management sims so that it wasn’t overly similar. Al and Sarah set on the path of making it unique added procedural generation to keep the scenarios fresh and added daily challenges. Players will also have to face issues such as pick pockets, angry commuters and much more.

You can find Overcrowd A Commute Em Up HERE on Steam.