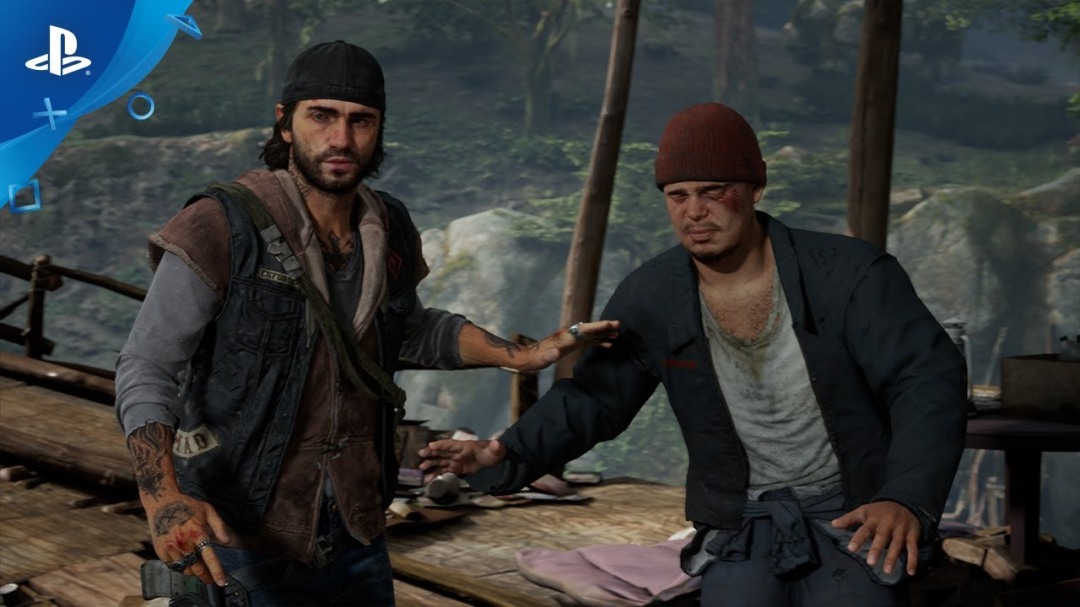 Days Gone developed by Bend Studio is out now on PlayStation 4. If you haven’t already you can check a spoiler free review right HERE.

Days Gone’s story had its ups and downs. Days Gone seemed to have a perfect premise, the gameplay was fantastic, the Freakers, the history of the different factions. It all felt good, the setting of apocalyptic Oregon, the bike mechanics, everything about it was perfect to me. I don’t spend that much time trying to platinum a game but Days Gone was so addictive I had to try. Bend Studio really hit the nail on the head with what they created but the writing was just slightly off at times.

Let’s start off with Boozer getting his arm destroyed by Rippers. At that point it was building up quite nicely, the background on who the Rippers were was interesting and I was enjoying it at that point. Seeing Deacon reacting to Sarah’s death even 2 years later was emotional and the actor who played Deacon did it very well. Though I always joked that he had an angry disposition because he’d be calm, then he’d start screaming about infestations. The Boozer story-line was probably my highlight because I felt like you could only connect to a few of the characters, Boozer was the one that I got drawn to in the end. Half way through the game you have to try and make sure his mental health is sound as losing his arm has taken his ability to keep riding his bike due to not having any resources to help him do so in the apocalypse. The moment in the end where you think he’s dead really upset me genuinely, you’d had a real bond with him throughout the start because you’d both been there for each other. Luckily though he managed to jump out of the vehicle quick enough to survive, I was relieved but also thought that it played it to safe.

The Sarah story-line. The first half of the game you are led to believe that Sarah is dead, it’s emotional, the flashbacks provide more depth on Deacon and Sarah’s life. It’s good doing that because Days Gone was a world I wanted to be infatuated with. Sadly though even that story-line seemed a bit off as-well. Deacon carries a fatally stabbed Sarah to a chopper with Boozer and begs O-Brien to take her with him. Deacon was going to go on the chopper with Sarah but noticed that Boozer was slightly injured and might not fully make it out of the town alive. Despite his wife potentially dying from a critical wound, he chose to go with his friend and meet her later… This is wrong. You wouldn’t do that in that situation, his wife was critical, she wanted him to go with her and Boozer just had a leg wound. It doesn’t make sense to me and personally I wouldn’t make that choice either, she was dying, she was the priority. Later in the story you finally meet Sarah again due to getting back in touch with O-Brien, he wants you to investigate what other NERO teams are up to. In return he will track down what happened to Sarah. I was excited wondering how the big reunion would go down, would she hate him for leaving her? Would she forgive him, would it be talked about? You finally meet Sarah and it’s as if nothing happened. I was so disappointed, it’s barely even discussed why Deacon chose his friend over her. No arguments, no anger, no regret, not even a discussion of forgiveness for pulling a move like that. After that I just didn’t have any feeling towards the couple anymore. I just wore my I love Boozer t-shirt and carried on.

The Lisa story-line. Lisa, a damaged girl who had lost everything. You find her in a house alone, afraid and needing help. Deacon ends up rescuing her and she clearly isn’t in a good mental state. Deacon takes her to Tuckers camp and Lisa ends up being worked way to hard and runs away. In doing so she then gets taken by the Rippers who both love the Freakers, and self mutilate themselves because of their beliefs. It’s just one big crazy cult. After that you can imagine her mental state probably getting a lot worse especially after being cut up so badly by the Rippers. Deacon decides to take her to a better camp this time with better people. She runs away again and you don’t hear from her for a while. Fast forward a few hours later where you and Boozer go get revenge for the arm incident you meet Lisa again, she seems to be a fully fledged Ripper and ends up saving you. In turn she then has to run again as the Rippers discovered her betrayal. This is where I drew the line with this story-line. Lisa is in the worst state possible there’s so many ways this could have gone and instead it’s just a damaged Lisa riding around on her bike collecting bounties. I felt like if the Rippers had killed Lisa, Deacon would have had a much bigger reason to kill all of the Rippers and to do better next time he runs into someone that needs help. I feel like a proper mental health story-line could have come out of this and have been used to help others that might be suffering in silence.

Now please, don’t get me wrong, I absolutely loved Days Gone, it was incredible, I just think the story really fell flat in some places where it could have gone another way. It just wasn’t as immersive as I would have liked. I’m not saying it all needs a redo, I just think there could have been some expansions here and there.