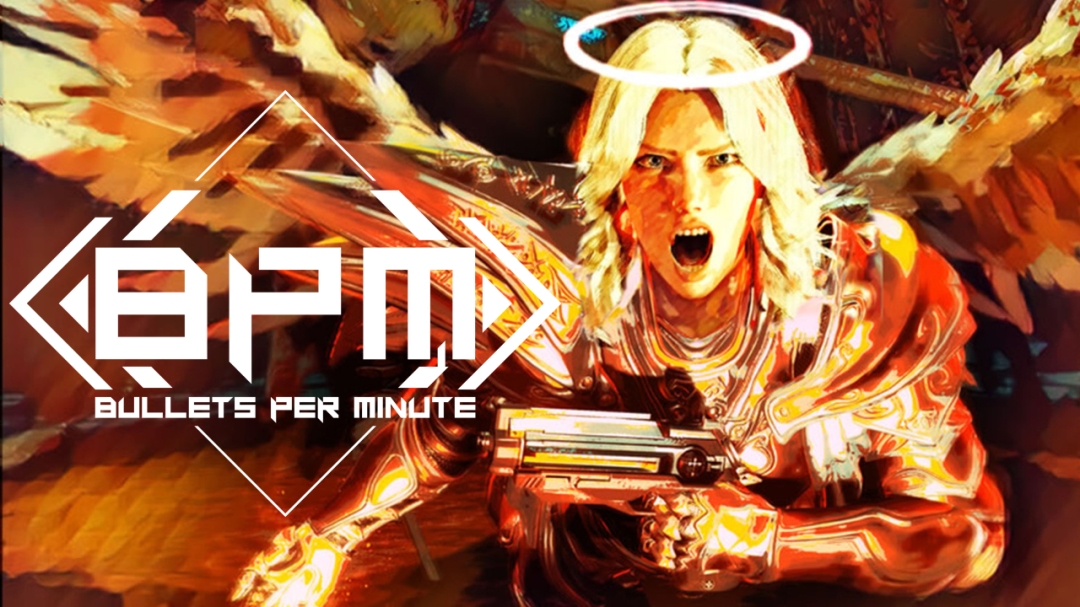 BPM: Bullets Per Minute developed by AWE Interactive is now available on PC, Xbox One, PlayStation 4 and has an upgrade for the Xbox Series X and PlayStation 5 to run in a sweet 4k and 60fps.

BPM: Bullets Per Minute was one of my favourite releases on the PC in 2020, it blended fast-paced FPS with an absolute rocking soundtrack, hearing it was going to be on consoles had me wondering if it could convert to the PlayStation as well as it did on PC, I went into it thinking perhaps on a controller I wouldn’t be able to stick to the rhythm as easily as the old classic mouse and keyboard. I was wrong, I am very happy to admit I was wrong because BPM: Bullets Per Minute at a wonderful 40k, 60fps with the sound blasting out the TV while carving up some demons is an incredible experience and using a controller, dare I say it, is more fun? I like timing the PlayStation 5’s triggers to the rhythm it’s just so much fun. Since I last played, more has been added, gamble rooms where you can insert coins and either get surprises or traps, more powers, other new room types and so much more. I believe again this is a super fun and addictive title and its rogue genre gameplay keep me coming back for more to see how far I can get with all sorts of different variations. For those who haven’t played before, Bullets Per Minute throws the player into a hell like world with many different stages, each stage has different soundtracks to which you must fire your gun, reload and even dodge, it’s an addictive formula once you learn how and in the console version the easy mode is a lot more forgiving this time around. Crush the enemy to the beat is the objective to climb the ladder while finding new weapons, powers, skills and all sorts to help you in your journey to the end. Each playthrough will be different and that’s the beauty of it, and it’s why I love going back to it after so long. Bullets Per Minute’s objective is pretty simple but it’s the journey to that objective that is where the fun lies. Players can choose from one of five characters which are each unlocked after passing certain milestones. Each character has unique stats, starting weapons and abilities. It’s really fun trying to master the game with each of the characters. but it isn’t so that players have a hard time it’s more the game is trying to teach you to shoot, jump, dodge to the rhythm and honestly when you pick it up and can manage to clear a dungeon flawlessly and wiping the floor with the boss, you soon learn that the learning curve is a ton of fun. Each time I beat a boss you’d shoot it until it was finished off, each shot let out what only can be described as a legendary guitar solo and I’d stick my arms up or do a Bill and Ted like guitar strumming action each time, this game sucks you in and is hard to put down.

I played Bullets Per Minute on the PlayStation 5 and it ran at a butter-smooth 4K 60fps, even in enemy heavy areas there were no graphical glitches, no bugs, it was a blast to experience it all over again and so well polished as well. BPM’s stages all look and feel different, from different colour pallets to different enemy types, each stage is unique in the way it feels and looks. This game converted to the console so beautifully and brilliantly, it works perfectly. the textures, models, guns, the amazing effects all look stunning and have suffered no downgrades compared to the PC version. Sound design I mean, not only does it have one of the best soundtracks that I ended up putting onto my phone just to listen to it outside of the house, but it just goes so well with the action and the rhythmic beats just go so well, I mean blasting demons with a shotgun to a beat, it’s every metal lovers dream and I can safely say the developers made that dream come true. The music is what keeps the game going, it’s what makes it so wonderfully unique. When it comes to bugs, I experienced none, the game is extremely polished and ready to go.

Bullets Per Minute is just as fun as it was on the PC yet I much preferred it with the Dualsense controller that comes with the PlayStation 5. The soundtracks are as amazing as ever and getting to experience it in a solid 40K 60fps was one hell of an experience and I cannot recommend this game enough. With no bugs and extra content I really enjoyed myself, and the reason I’m going to score this the way I am is because BPM is different to a lot of games, and I feel with each of the components the developers worked on they all beautifully come together in this game that can only be described as I described it once before, DOOM the Musical, but away from DOOM, Bullets Per Minute belongs up there in one of the most exciting FPS’s of all time.