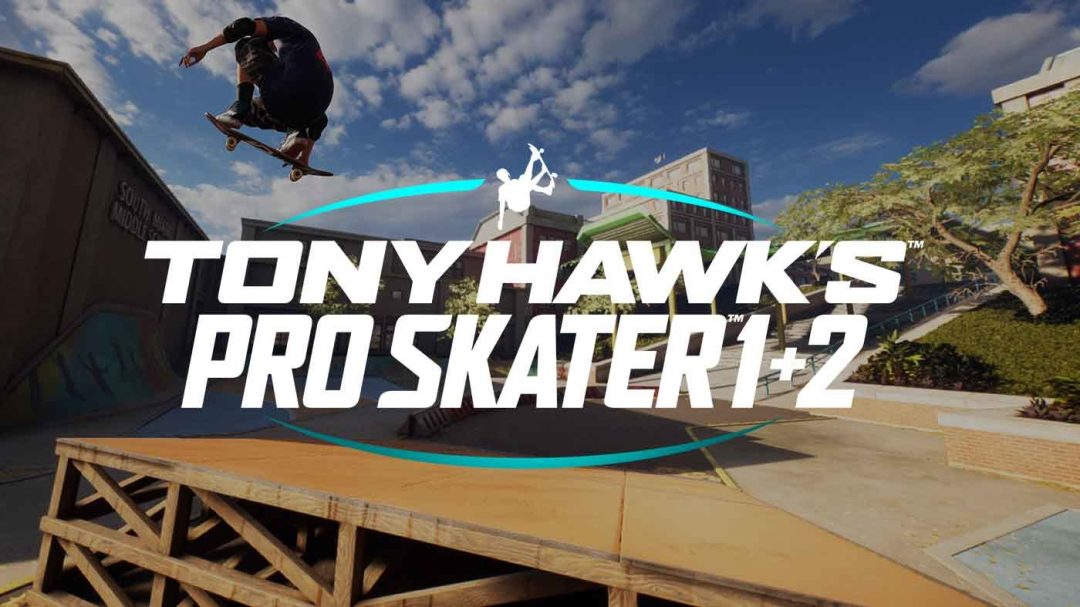 Tony Hawks 1 + 2 Remake developed by Vicarious Visions and Beenox is available now on PlayStation 4, Xbox One and PC.

I remember when I was young, my first skateboarding game was Tony Hawks 2, I loved trying to get huge combos though most of the fun had was creating skate parks for me. As the years rolled on the Tony Hawks series had many hits but then sadly faded away from popular culture. The year is 2020 and Tony Hawks has made one hell of a triumphant comeback worthy of your time. Tony Hawks 1 + 2 throws you back into the simplicity of the past with 2-minute timers, fairly simple objectives at first glance and overall just a good fun time. As you progress the game gets harder and harder but never infuriatingly difficult or unfair. The usual objectives range from getting a big combo, three different high scores, collect SKATE, collect themed objects, videotapes and so on. I feel that if these systems were put into any modern game it wouldn’t work so well right now but Tony Hawks Remake managed to keep the formula so true to, originally, it all works flawlessly despite a few bugs along the way, falling through the world was my most common bug, it wasn’t game-breaking for me, more comedic. I kept getting hooked and quite engrossed in trying to beat every level 100% desperately wanting to unlock the bonus Skater Heaven level, though I was so gutted to not hear the classic Heaven Is A Halfpipe, that would have hit that nostalgic spot.

I do like how a lot of the game has been modernised though from unlocking way more cosmetics per level and earning cash per challenge, the cosmetics look amazing and character creation is fantastic, I had a little me skating around…. well okay, me falling and hurting himself a lot in-game and it made it feel a lot more personal. The menu’s while I felt were a bit complicated provided many options and even had some accessibility options for those that need them which is always a plus in my book. The online modes as-well ran seamlessly between sessions, barely any loading screens holding you back and usually just challenge after challenge without issue. Though many are already getting million point combo’s so it can be a bit hard to take them on but fun to see everything go down and make the game feel a bit different. The create a park is back, bigger and better than ever, with many new options and using current-gen tech you’re able to download other peoples parks and people are already getting pretty creative. It’s quite wonderful to keep adding other peoples parks to your library as it gives the game a ton of replay-ability.

Activision and its development teams have to be the kings of remakes this generation, they’ve taken PlayStation 1 classics and brought them over to PlayStation 4 and they look so damn good. Every little detail in this game is spot on, the best bit about the design for me was the maps were the same as the originals but they were modernised, for example, the mall in the original Tony Hawks was a classic 90’s mall, bright and beautiful but in the year 2020 as the Remake has released the mall is now a dilapidated rotting building that in my eyes reflected the state of malls today. In other maps you also see little details like this with modern upgrades that just make you feel like this isn’t just a remake down to at, this is loved and cared about with some great stuff added. The soundtrack is back, ah more nostalgia! New tracks also join the fray but you cannot beat listening to all those old soundtracks again and skating your heart out.

Tony Hawks 1 + 2 Remake is bold and beautiful and holds up to being one of the best remakes out. There are a few bugs here and there and sometimes some of the challenges can be a bit hard as you progress but learning it all again is a pleasure! Thank you for bringing this classic back, I can only hope that any upcoming DLC is Tony Hawks 3 and 4 levels and then if they want to remake Tony Hawks Underground, that would be pretty damn good.