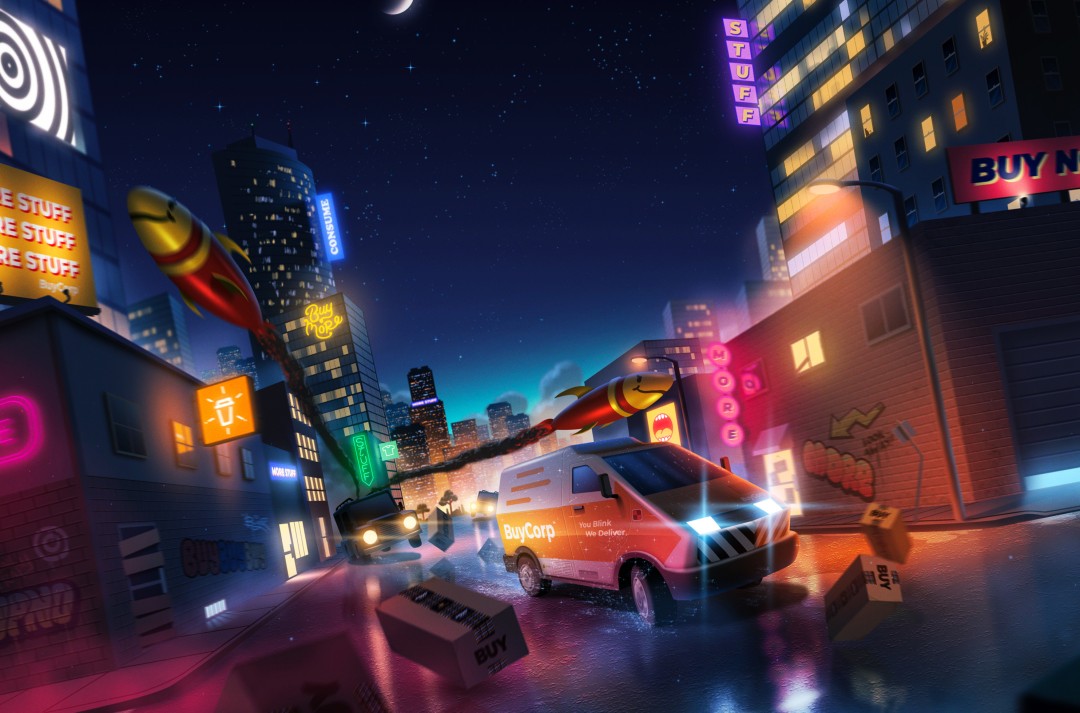 Developer Glitchers based in London, who are also responsible for the BAFTA nominated Sea Hero Quest VR is excited to announce its next game the delivery battler game Drive-Buy that has been inspired by arcade greats and part games from the past. The game will release in July 2020 You can view the trailer below:

Players will be able to battle each other between the PC and Nintendo Switch with cross-play and fight each other in the game that has been inspired by such titles as Twisted Metal, Crazy Taxi and more. Below is a list of features.