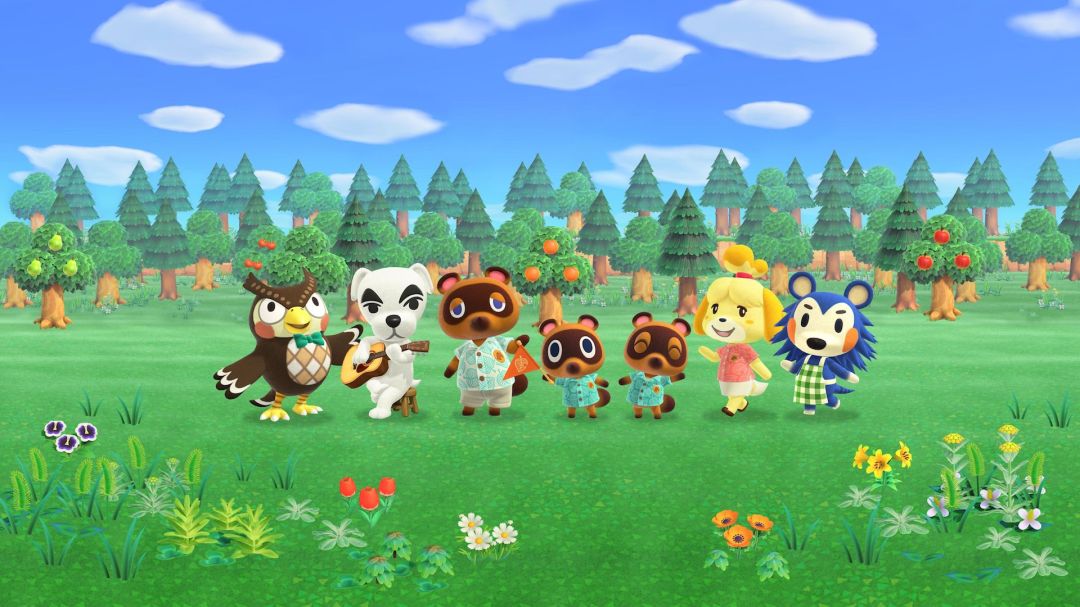 Animal Crossing New Horizons was developed and published by Nintendo.

It’s time to move villagers, we’re going to a deserted island, something I’d love to do in real life but Animal Crossing New Horizons will do! Tom Nook introduces you to one of four islands, each one is procedurally generated and you’ll get to chose which hemisphere you’d like to live in. The game advises you to choose the one you live in for a game experience as the game does progress in real-time. Once you arrive you are introduced to two other villagers and you’ll get the option to place your tent and the villagers. At first, the days are pretty slow, there isn’t that much to do but that’s the point of the game, each day opens up new opportunities, island expansion and more customisation. I’m honestly very 50/50 with the slowness of progression, in one way it’s great because you won’t end up getting bored quickly and there’s always stuff to do but in another respect you’ll be left waiting and have to do something else. If that is the point of the game, that is fair enough but I still think it is a very slow start.

Later on, you’ll be able to fly around deserted islands exploring for new items, new fish, new fossils, new bugs and new recipes for the new crafting system and possibly new villagers that want a place to live. I enjoyed exploring these islands, I found some pretty cool stuff to take home and put on the home island and brought a few villagers with me as-well. This system can be very useful when needing to go to another island to find the resources you need for a crafting recipe. I enjoy the crafting system, it adds more to the experience the only annoying thing is tools breaking fairly easy but as you progress you’ll get better and stronger tools which lessens that little frustration. To fly to deserted islands you’ll need to collect Nook Miles, a new currency you can earn by doing little challenges such as catch 5 fish, sell 20 weeds, earn 5000 bells there are a ton of challenges that earn them and it’s fairly easy to do, I must have explored over 5 islands now, you’ll need 2000 Miles each time to buy a ticket. You can also redeem them to get other stuff like clothing, items, recipes and you’ll also get daily rewards of Nook Miles.

Animal Crossing New Horizons is a joy to play, I like going onto it and seeing what has changed, I look forward to the next day when the museum opened or the new villagers houses or the bridge. All the stuff mentioned above is really good fun there really isn’t any flaws and the game runs smoothly and there are no bugs, except insects, many many insects. Sadly though there is something that kills the experience for me in other ways.

I share my island, the two of us we enjoy it, we like seeing what the other has been up to but if one player does the tasks one day, the second player misses out on everything and is stuck doing nothing but the same old, fishing, bug catching and not much else. Now we came to a compromise of taking turns to do tasks, that’s fine, it works for us but sometimes when doing tasks I feel a little guilty that I am killing the other persons experience when they’re an Animal Crossing super fan and maybe they want the ultimate experience. Why are we sharing an island then you may ask? Well, Nintendo for some odd reason on the fantastic console that the Nintendo Switch is has limited it to one island per Switch Console. If the other person wanted there own island or I did, we’d have to purchase another Switch. That feels like a real predatory move to earn a profit. Whether Animal Crossing games did it in the past because of smaller memory capacity there is no excuse to why a Switch cannot have more than one island going at a time. Are Nintendo worried about cheaters perhaps? Possibly, but this is a single-player game with online capabilities, it’s not competitive, no scoreboards and no advantages that will ruin it for other players. I think it’s quite a rubbish move honestly and with people who do share the island that might not enjoy sharing it, it will cause a lot of issues and mean that more consoles are needed. I have contacted Nintendo and very kindly and respectfully wrote to them about this issue but I have been ignored every-time. Not only is the one island per Switch an issue but when two players local is on, the second player running around can only assist in a few tasks with the leader, it seems pretty pointless and we both thought boring and unimaginative, why could we not split-screen and do our own thing but on the same TV? If you think I’m being dramatic, a review at The Verge is having the same issues and you can check out their concerns here: https://www.theverge.com/2020/3/19/21185977/animal-crossing-new-horizons-local-multiplayer-island-sharing

Back onto some positive notes, the graphical design is beautiful, each villager looks and feels different and they all have these quirky individual personalities I love it. The islands look and feel beautiful, I love going to my house on the beach and watching the waves crash against the rocks and the river rush on by. The weather system is another fantastic addition and I love how the games time matches real-time so when I’m playing in the morning or at night, your island will display that and often at different times you’ll find new creatures and different weathers might rock up some rare little ones that you previously missed. The sound design is relaxing, fun and listening to all the sounds of the scenery is a joy.

I was excited to jump into the world of Animal Crossing, I do enjoy myself on the game and I do think it’s designed well but I look at people with islands of there own thinking, well at least they can enjoy it, and I’m lucky I share it with a wonderful person and it gives us something to do together but some don’t. This is an issue that I will keep bringing up to Nintendo, I will keep talking about it, why can you not have more than One Island Per Nintendo Switch Console? It irks me because I want everyone to experience this game without argument and issues and I’m afraid it loses a lot of points for this because I feel like Nintendo are being greedy and they know it, they won’t state why, they’re dodging questions on the save backup features, the one island and more. Nintendo makes some really good games but some of the practices are questionable and yeah I do feel a bit gutted about the Animal Crossing situation. I don’t ever feel like a game that makes you feel like you need to go out and spend £100s on getting a new console should ever get 10’s, 9’s or even 8’s but I give a 7 on the basis that behind all these issues it is a fun game and if this were ever fixed, it would be an easy 9 from me.