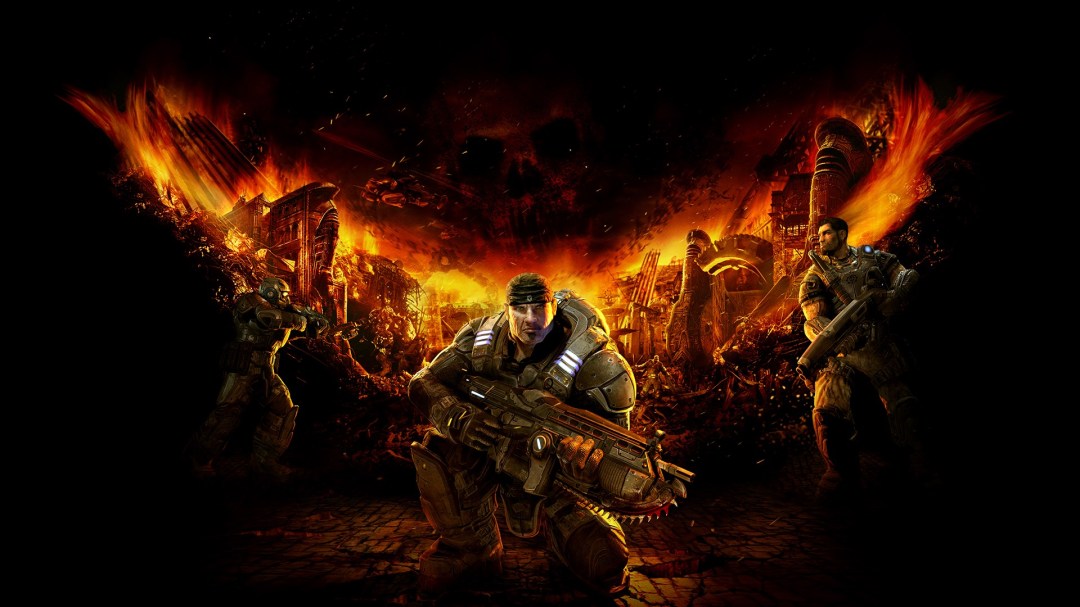 A Look Back At The Gears Of War Series

Gears of War 1 was released November 7th 2006, players took on the role as Marcus Fenix a disgraced veteran. 14 years after the Locust emerged on the Planet of Sera, the COG go in search of Marcus to help put a stop to the upcoming human extinction. Marcus and his friends Dom, Cole Train and Baird are sent on a suicide mission to deliver a light-mass bomb into one of the Locusts underground strong holds. While a dent is made, it doesn’t destroy the Locust hordes entirely. Players were introduced to a third person cover shooter game that was full of action, gore and a decent story-line. I remember the first time I got the game on the Xbox 360 and being absolutely took back by the graphical leap from PlayStation 2 to the new Unreal Engine that Epic Games were using. Not only that but Gears of War 1 did a superb job of connecting you with the characters of Delta Squad. After the single player campaign, players could chose their favourite characters online and fight it out in multiple modes. The competitive aspect of Gears of War was one hell of a memory in gaming. The Xbox 360 had really pulled the online service off incredibly well and Gears of War was one of the ultimate highlights of the efforts behind the move to a more online console generation and many a memory and friend were made. That and well… the amount of times you’d hear everyone insulting each others mums was prevalent.

Gears of War 2, released February 20th 2008 and expanded upon the brilliant Gears of War 1 by continuing the series where we left off. This time the Locust were working to sink the city of Jacinto Plateau to ultimately kill off a huge portion of the human population to gain the upper hand. In a twist and turn of events players end up sinking the city themselves to destroy the home of the Locust, The Hollow. Gears of War 2 felt a lot more emotional this time round. Dominic Santiago is struggling with memories of his wife and heart break because he can’t find her. Sadly while down in the mines in Locust territory he discovers her, at first she seems okay but sadly that’s just what Dominic was imagining because the true horror of what the Locust have been doing to humans is to much to bare. In the end sadly Dom had to kill her.

Gears of War 2 offered a massive upgrade in locations, architecture and game-play, the moment you have to go inside the giant worm is incredible and sickening all at the same time. On top of the campaign feeling like a huge step up the multiplayer received more modes, characters, weapons and so much more, and of course more mum insults. Gears of War 2 seriously managed to strike an emotional chord with gamers and open up our hearts to these characters a lot more. Everything about it was a huge step forward and we all wondered how were they going to end this?

Gears of War 3, the final game in the trilogy released September 20th 2011. 18 months after the event of 2, Marcus, Dom, Baird and Cole Train must seek out Marcus’s father to find a device to end the Locust and Lambent once and for all. In this journey all is relying on this one last hope of destroying them once and for all and a massive journey across Sera is undertaken by Delta Squad but sadly, the journey is one full of loss. Dom sacrifices himself to save Delta Squad so that they can complete their mission, in the end while the mission is over and the Locust are seemingly defeated, Marcus can’t help but feel the pain of losing his best friend and ultimately everything and everyone he ever really loved.

Gears of War 3 was an emotional roller-coaster, you had your action packed glory moments, the doubting moments and some of the most saddest moments in gaming history. Delta Squad, a squad we had been with for almost 6 years and grown so fond of was over, the journey had come to an end. In the end we had to ask ourselves so what is next? Is that it? Is the Locust finally defeated?

Gears of War 4 was released October 11th 2016 on the Xbox One, a new developer Coalition was behind this title. 25 years after the Locust was defeated you take on the role of J.D Fenix, Marcus’s son. Marcus’s son has defected from the COG for unknown reasons, though it seems the COG have become quite the dictatorship led army rather than a peaceful and heroic COG they one were. J.D, Kait, Del and Oscar are trying to break into a COG base after a wind flare (catastrophic weather issues) to get a fabricator to restore power to a human settlement in the mountains. While the mission seems to go smoothly the leader of the COG Jinn a woman who seemingly sends most of the COG robot resources after you wants to put a stop to it being simple. As you progress it seems that the Locust might not have been defeated after all and a new entity called the swarm has evolved the Locust which leads you on a journey to find Marcus for answers and rescue Kaits mother.

I recently just finished Gears of War 4 and I thought that it was a pretty average experience. The game felt like it had gone back to the very basic days of Gears of War 1 but did offer some wow moments. The graphics and settings are beautiful but the story just ultimately didn’t strike any emotional chords as the previous trilogy. It’s not a bad game, far from it. I found myself wanting to play it fairly often but it just didn’t give me that wow factor. I wanted to play 4 due to Gears of War 5 coming out and it honestly looking really good at E3 2019. I do want to find out where the story is heading but sadly I just don’t think it will ever recapture the magical feeling that the others created. The Gears of War series is a staple on Xbox, I truly hope the next one is fantastic and matches up with the previous ones, we will be providing a review of Gears of War 5 after we complete it so stay tuned to find out more!

What is your opinion on the Gears of War series?