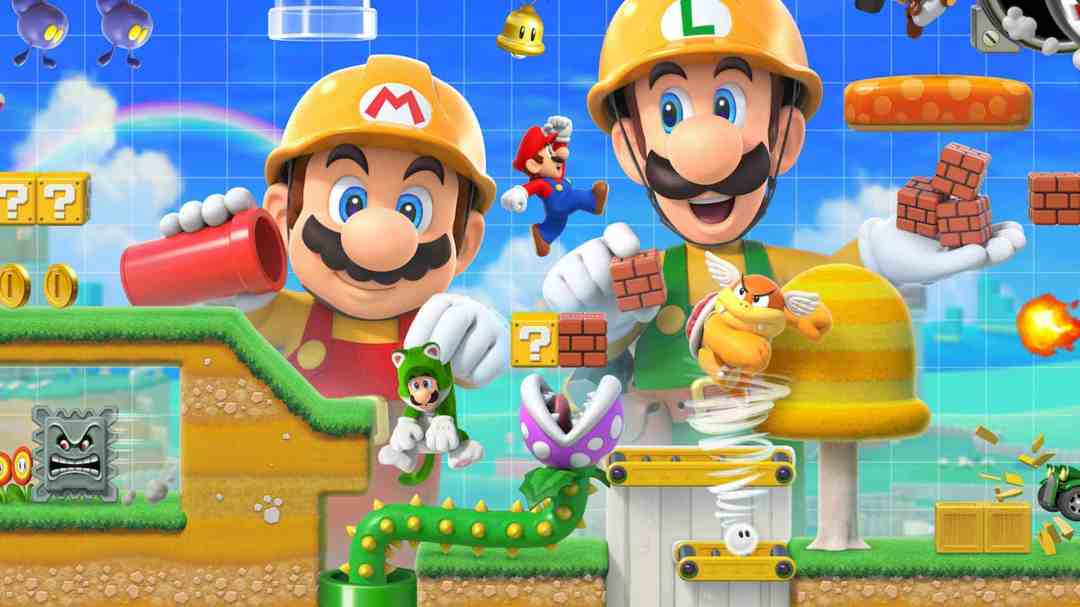 Super Mario Maker originally wowed me and others when it first released on the Wii-U, giving us the ability to design our very own Super Mario levels was brilliant. While Super Mario Maker was great, it felt like there could have been more, perhaps more tools, more level sets and just more content updates along the way that added more variety. Sadly though we didn’t see much get added, there were a few but not much.

Nintendo announces Super Mario Maker 2 and my requests were fulfilled and more. Super Mario Maker 2 is full of new tools, new enemies, and even a new level set. This time round we get a Super Mario 3D world tool set which plays in a 2.5D format with objects and enemies being able to be used in the background. While it is a brilliant addition, you cannot switch from the 3D world style to the original as some of the content in 3D world is exclusive to that set. Some people don’t like this, I myself didn’t find it off-putting whatsoever, my favorite levels to create are and always will be Super Mario Worlds sets. Not only are there new level sets but also new themes, you can now create a forest level that has a water system in which you can control the level of water rising or falling to put a real creative twist on your creation. Other themes include snow, desert and more. Each of these themes offer different ways to play and to add to the already huge list of content. A night mode has also been added, night mode adds new game-play elements for example, in the desert theme you will get a gust of wind trying to stop you in your path, the forest levels water will turn into poison, it puts a more challenging twist on things which again adds so much more. One of the biggest and more notable additions is the online and local game-modes. You can now create levels with your friends locally and also play the course worlds with friends online and locally. For those who love co-op or vs experiences there are plenty of levels in which you can both work together or against each other.

The biggest thing I’ve noticed in my Super Mario Maker 2 play-through is because Nintendo has added so much to the pool of already creative tools, the levels people are creating are just phenomenal. Tools, enemies, and gadgets are being used in such unique ways to create really memorable levels and I love that. Last night I created a level called Get To The Concert (C6F-KX2-LDG if you want to check it out). The theme I used is Super Mario Worlds airship level and I created multiple airships with obstacles that the player has to traverse to make it to this heavy metal concert. The heavy metal concert consists of fire traps used as pyrotechnics, electric guitar sound effects, a Bowser Junior and some spike metal traps to really make it as cool as possible. I thought to myself, what are the boundaries with this game? I have so many ideas I want to pull off and seeing everyones creativity provides even more inspiration.

Super Mario Maker 2 is a lot of fun, I do feel though it’s lacking in a few places, for example, while the endless mode is cool, I used to enjoy the 10 or 100 course mode, while yes endless mode allows you, if your up to the challenge to reach up to 10, or 100, it would be nice to see that option back. Another thing is that new levels that get created will not automatically be put in endless mode if they have not been played by someone at least once. I don’t know if the reason is due to not wanting the endless mode spammed up with levels that are almost impossible or aren’t really creative at all like spammed enemies or spammed traps but it can cause issues if you have created a really nice level but no one can find it.

Super Mario Maker 2 fits perfectly on the Nintendo Switch and it’s up there with one of my favorite titles on the console right now. Nintendo has added so much to the table and people are creating some incredible creations that really are some of the greatest Mario levels of all time. With a few hiccups here and there, it really never feels like it detracts from the overall experience. This will be a game I play for along time to come. I really do hope Nintendo add more levels this time round like a Super Mario Golden Coins theme or a Super Mario Galaxy one.