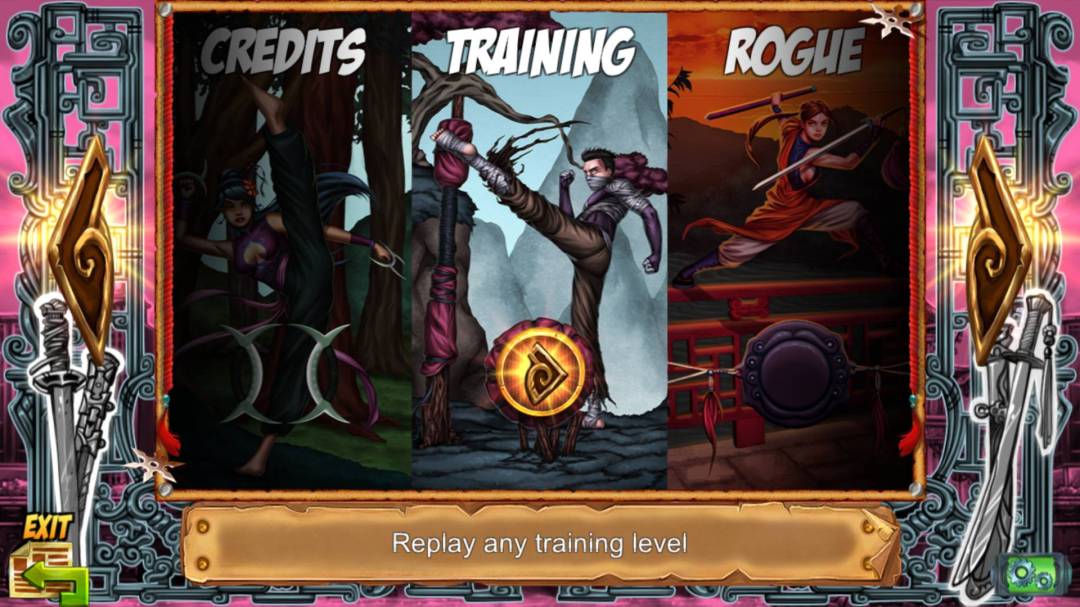 As soon as you boot up the game the music starts pumping up, the graphic design is popping out at you, it looks inviting and it’s as if the game is challenging you to try get number one on the leader board. One Finger Death Punch 2 starts you off on a tutorial before anything else gets unlocked and teaches you every mechanic in the game by letting you try it out. The tutorial was easy to get along with and fun learning different techniques that would be combined in the upcoming challenges. Once you do start either the levels or survival the addiction starts, the game will have you immediately hooked trying your best to get the five stars on each level and on survival you’ll want to keep trying to climb the leader board.

One Finger Death Punch 2 is such a simple premise, click both mouse buttons in certain orders as the enemy tries to take you down and survive. (DON’T BUTTON MASH). While simple, it’s one of the most addictive little indie games I’ve played on Steam. The smoothness of the combat and amount of ways to take out an enemy is so inventive and enjoyable. The difficulty ramps up the further you get and adds more fun to it and then adds incredible bonus modes that throw it up a little bit.

While the version I’m playing isn’t the final version, it really seems as if it’s polished up and ready to be released now. One Finger Death Punch 2 releases on Steam April 15th and I recommend you give it a good go.